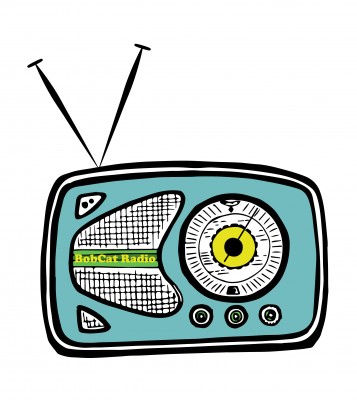 Those hoping to hear Bobcat Radio on air will have longer to wait. Due to course
failures and setbacks have led college administrators to consider a new course approval
process and put all new courses on hold until the fall.
“What has happened when we’ve brought on new programs is that we’ve had some
bumps,” said Vice President of Instruction Diana Glenn.
Recently, a course on composites for Central Oregon Community
College’s aviation program was cancelled due to a lack of support
from local businesses and an instructor that pulled out at the
last minute, according to Glenn. Additionally, the college’s
new Non-Destructive Testing and Inspection program
for the Radiographic Testing Certificate was put on
hold because the college cannot afford the instructors’
fees.
The new course approval process is aimed at
ensuring that these issues are resolved before
the courses are launched and marketed to students.
However, the new course approval process,
entitled “New Transfer Focus: Development
Process,” is still in the draft stages and
has not been formally approved by the president
of the college.
Until the new process is approved, all new
courses and programs are “getting put on hold”
until the fall, according to Glenn.
According to Glenn, it usually takes anywhere
from one to two years for new courses and programs
to be approved.
How this affects the
radio station
According to Glenn, the new course approval process was in
its early stages when Professor of Speech and Writing Jon Bouknight
submitted the three page “Proposal for COCC LPFM station and Media Arts Sub-
Focus in the Speech Area” to the President’s Advisory Team earlier this year. As a
result, the proposal submitted by Bouknight was not able to meet the new requirements.
“The radio station is coming through without the ability to use that new program
process because it was being developed […] as the radio station was moving forward,”
said Glenn.
Another major factor in PAT’s decision to deny the proposal for the radio station was
the need for approval from the college’s Facilities Services for rooms from which the
station could be run and operated; however, the Facilities Services will not meet again
until the fall.
While the $25,000 proposed cost to fund the radio station and associated courses
was not considered unreasonable – “The funding structure here is nothing unusual
and less than many of our new programs,” said Glenn – though a lack of
funding was cited as one of the reasons for the program’s denial.
“The reason I was given was that the lack of funding granted
in the Fall of 2014 meant that the Spring PAT group was
unable to fund in the Spring,” said Bouknight.
According to the latest proposal submitted to PAT,
the first application for the license to operate the radio
station back in 2001 was approved, but “no
money was allocated for the equipment.”
From 2005 to 2009, non-credit courses were
offered to students in conjunction with Bend’s
KPOV radio station, which did not require
Central Oregon Community College to have
its own facilities and equipment.
Yearly requests for approval for facilities,
equipment and the associated courses have
been denied since the new license was acquired
in 2013.
In order to comply with the terms of the license
“September 2015 will be the end of the
two years required to have a radio station on the
air,” according to the proposal. “There is a potential
to apply for a six-month extension.”
“So, it might be spring or, in all honesty, it might
be a little longer, depending on how quickly you can get
through and jump the hoops,” said Glenn.
Alternative options include offering a course on radio broadcasting
without the use of a radio station or offering non-credit courses
to students through COCC’s community education program, but the latter would
be more costly for students.