Oregon State University-Cascades is seeking to get student input on what services would be useful to them that they can incorporate into the expansion.

To do this, the leadership team at OSU-Cascades composed of staff, faculty, and student leaders has created a two-part survey series. Tina Schnell, vice president of the Associated Students of Cascades Campus, has been involved in creating the surveys since the beginning of fall term.

The surveys are organized so that students rank eight different areas of services the campus could offer for student success.

“We are focusing on the things that allow people to be happy,” Schnell said. “We are trying to give students options of things we could provide for them at the four-year university.”

The eight topics chosen were areas the main campus in Corvallis focuses on for student services. By having students rank which ones they would utilize most, the leadership team hopes to be able to add the services the majority of students would utilize.

“Due to the smaller size of the Cascades campus we wouldn’t initially be able to offer all of the services for students that Corvallis does,” Schnell said. “Because of that, it’s important to have the students voice being represented in what services they would want to see.”

After the results from the first survey have been compiled, they will be used to create a second survey. The second survey will use the areas students identified and give students a chance to give suggestions of what types of services they would like in that area.

“If one of the popular areas was safety we would then have students give suggestions on what we could offer at the four-year university that would help students in that area,” Schnell said.

After combining the results of the second survey, the leadership team will have an idea of what services students would most like their student fees to go toward at the expansion.

“Once we figure out what students want we then have the challenge of would they be willing to support a potential fee increase to see that service offered after the expansion,” Schnell said.

The new OSU-Cascades lower-division liaison position has helped to contribute to the success of these surveys, according to Schnell.

“We are trying to utilize that position to reach out to students at the COCC campus,” Schnell said.

Having COCC students involved in the survey process is important to the success of the surveys, according to Carolina Laurie, OSU-Cascades lower division liaison.
“A large percentage of student enrollment at OSU-Cascades is from dually enrolled students so it is important that we reach this group,” Laurie explained. “It is really important to have as much student input as possible.” 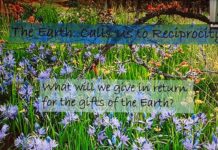 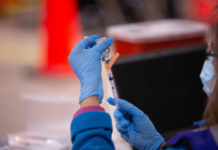 Opinion: All in-person COCC students and staff should be required to get vaccinated 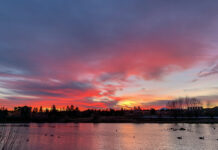