HomeFront PageMental health check: five ways to get in the shower when your...
Front PageOpinionSatire

Mental health check: five ways to get in the shower when your tummy hurts

Picture this: you’ve woken up. When you’re finished crying you’ll need some place to rinse off. But pulling yourself out of bed has never been harder. In an era of weighted blankets and linen pajamas, leaving your pillow prison is no easy task already, but when you’ve got a tummy ache it is next to impossible.

“I’ll just lay here till I feel better,” you foolishly think. “And if I don’t have time to wash, that’s fine too. The stink of decaying flesh is really meditative, it honestly reminds me that my time here is temporary.”

Bullsh*t. Your brain will say anything when your stomach hurts and this is no exception. But does knowing that make life any easier? Of course not. You need planning. You need a call to action. You need what researchers at Yale are calling: ‘DISCIPLINE’. Dopamine Induced Strategies for Cleaning which when Integrated help People Largely Ignore Navel Enmity.

An in depth article from Science Translational Medicine, a journal run by the American Association for Advancement of Science (AAAS), thoroughly described their findings. And what I could glean from the brief excerpt not hidden by a paywall, was equally hard to read. However, after digging into the subject from increasingly less credible sources, I was able to find a free description of Inside Out on Imdb.

“Growing up can be a bumpy road, and it’s no exception for Riley, who is uprooted from her midwest life when her father starts a new life in San Francisco. Like all of us, Riley is guided by her emotions – Joy, Fear, Anger, Disgust and Sadness. The emotions live in Headquarters, the control center inside Riley’s mind, where they help advise her through everyday life.”

The groundbreaking documentary on long-time case study Riley Anderson, highlights five of the six central beings controlling humanity’s every action. What was discovered in the years following the film’s release in 2015, was not only that it would go on to be an underrated classic, but that a key figure was missing from the picture. The sixth emotion: Gastro-intestinal distress, whose story will be closely followed in the upcoming sequel.

Main takeaway? Sh*t happens. Until it doesn’t. But you still have to get in the shower regardless. Secondary takeaway? I don’t have access to any real information and have no credentials.

Anywho, here are my five ways to get in the shower when your tummy hurts. 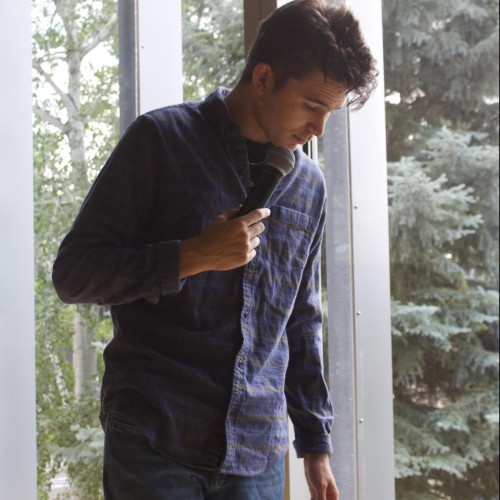