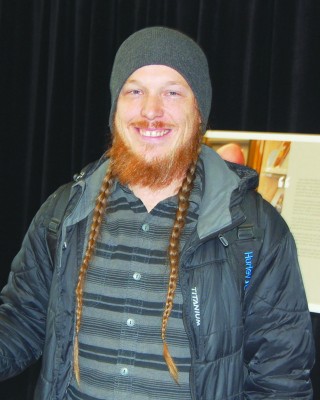 Rory Restani, Central Oregon Community College student,
also known by his stage name Rory ONEders, was
invited to Los Angeles for TeamBackPack’s Mission Underground
Los Angeles 2015 rap competition. TeamBackPack
is a company that “tries to find artists that are unheard of,”
according to Restani.
On May 1-3, MULA hosted a concert where more than
800 people from around the world competed for the top 12
spots before competing for the top spot.
Restani, who is a member of the local rap act “Cloaked
Characters” and studies music at Central Oregon Community
College, traveled to LA to perform in the show.
While in town they met representatives from Battle Axe
Records, a company out of Vancouver, British Columbia,
Canada.
“They want us to meet up and work in their studio,” said
Restani of the producers who have produced such artists as
the Canadian rap group Swollen Members.
According to Restani, the event “was disorganized,” and
“the sound cut out several times.” Though Restani’s team
didn’t win, the overall experience was well worth the effort,
according to Restani.
Cloaked Characters have released a record titled “Let Me
In” and have video for their song “Musical Waves,” featuring
local artist JoAnna Lee, who has since relocated to Texas. If
interested you can check out their website at zonkedout.net.