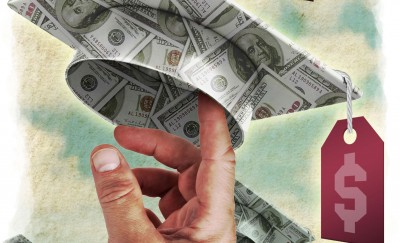 The college’s decision to cut
classes from branch campus schedules
could be harming student success.
Following a decrease in enrollment
at Central Oregon Community
College, five classes were dropped
from the Madras campus schedule
for spring term, according to Carrie
McCormick, enrollment office specialist
at the Madras campus.
However, Madras campus enrollment
has not seen the effects of this
decrease in their student population,
according to McCormick.
“We are doing pretty well with
the student per class ratio, last year
we averaged 12.4 students per class
and this year we are averaging 12
students per class, so there really
isn’t that much difference,” McCormick
said.

For Kim King, a COCC student who lives in Madras,
commuting to Bend or Redmond for class creates
a challenge.
“I have health problems, but usually it does not
stop me from attending college – until this spring term
when fewer classes were offered at the Madras campus,”
King said. “ I just can’t do the drive to go to
other campuses and I rely heavily on the classes that
can be brought to Madras.”
John Chavez, academic advisor for COCC, works
with many of the students who attend the Madras
Campus said,
“Since there are fewer classes offered this spring,
students are having to attend other campuses or online,”
Chavez said, “I have seen a big increase this
spring in students taking classes online.”
Due to cost, it is often difficult for students who
primarily attend class at the Madras Campus to come
to Redmond or Bend, according to Chavez.
“It is harder for students who usually attend [classes]
in Madras since it is harder for them to find transportation
to get to the other campuses,” Chavez said,
“whether it is a family member transporting them,
or riding the CET bus system, which costs $60 for a
monthly pass to multiple cities.”