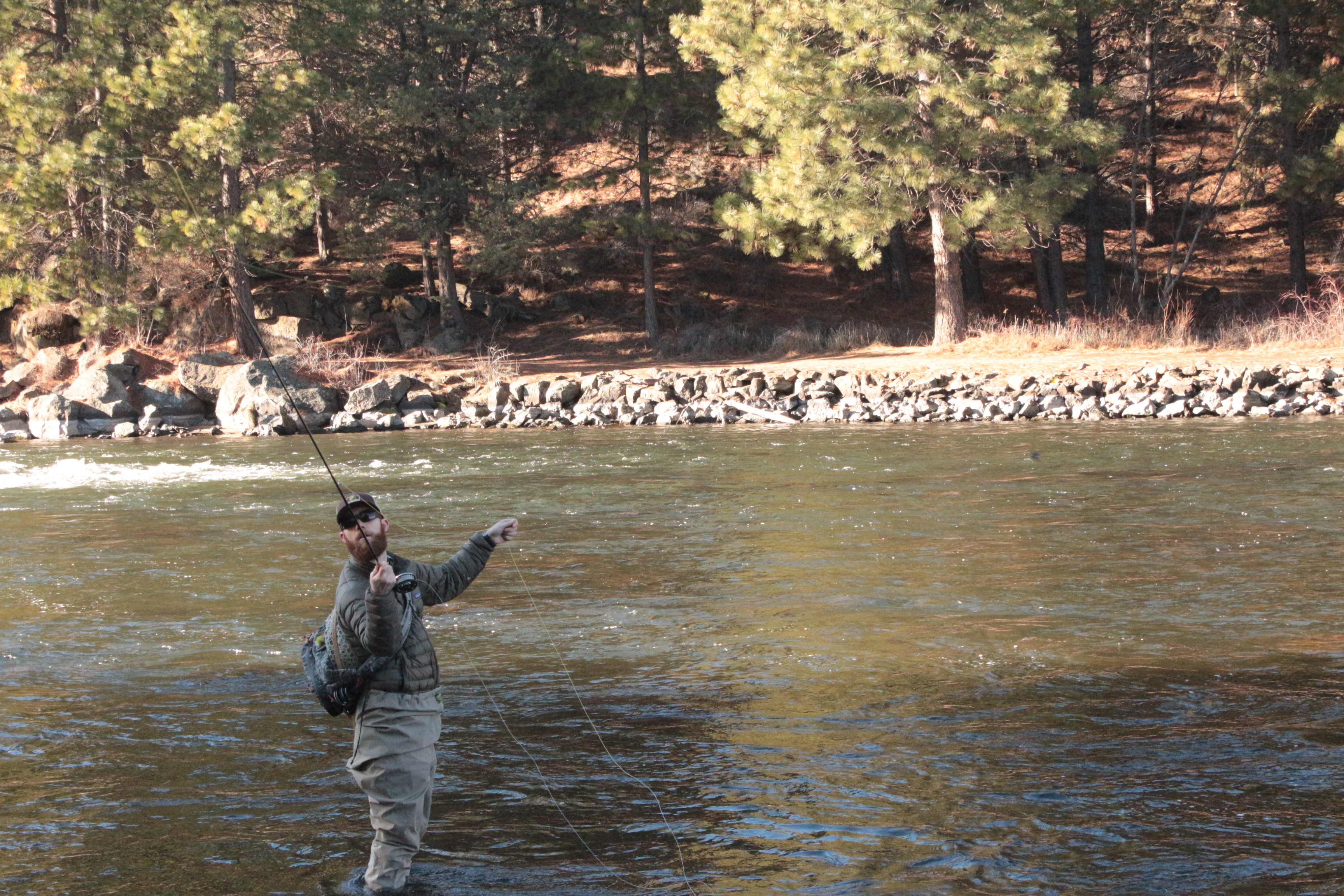 When winter rolls around, traditionally fly fishing rates drop. Though fishing in winter can be more difficult, it isn’t impossible, according to Joel La Follette, owner of Royal Treatment Fly Shop in Lake Oswego and Peter Bowers owner of The Patient Angler in Bend.

There is an abundance of species that are out during winter months, according to La Follete.

“Fish are out all year round, plus majority of areas you can fish in are fly fish only,” said Bowers.

For winter fishing, the rods and reels often used in fair weather can be used as long as the line is changed to a heavier one and the flies are selected for durability, according to La Follette.

“Fish are less active in winter and so you need to match your gear to be able to sink down further than normal and entice them,” said La Follette.

The fishing technique can be a little different during the winter, according to La Follete.

“We have more prolific hatches in summer. More large bugs flying around. As the temperature rises they are more active and easier to catch. Fish are affected by the temperature, be it too cold or too hot,” La Follete said. “When its at that perfect balance, the fish are far more active. It’s why you do see more spring and summer fishing, plus hatches are usually happening at that time.”

Bowers added that there is a lot more nymphing that happens as well as tactic changes during the winter, however, it shouldn’t change the process too dramatically, according to Bowers.

“Only aspect that changes from summer to winter is the amount of hatches. Sometimes that can make fishing easier as there are less bugs hatching which gives fish less variety of bugs to choose from.”

Hypothermia is a major risk of fishing during this time of year.

“Dress for the weather. Sounds silly but you can get in trouble really quickly if not,” La Follete said. “All it would take is one slip in the river, your waders to fill with water and you may not make it back to the car.”

This is also why  La Follette doesn’t advise fishing alone. Another tip is to research on water conditions, currents and fish habits of the area you plan on fishing beforehand. It’s never a bad idea to be prepared. Bowers also shared that knowing the conditions is vital to catching anything.

“Visit your local trusted shops for information about the best places to fish for that day and what flies to buy.  Since fishing changes from day to day, shops can provide you with everything you will need to know,” said Bowers.