Speech professor says college is “more mercenary” today
When Jon Bouknight went to community college, tuition was free and he wasn’t worried about getting a job after graduating.
Bouknight, now a speech and writing professor at Central Oregon Community College, never asked his college if they could guarantee him a job with an English degree.
Scott Greenstone
The Broadside
“I wasn’t paying so much I needed to see monetary remuneration,” said Bouknight.
When Bouknight began studying at Merritt Junior College in Oakland, college was less important.
“I was there to expand my mind,” said Bouknight.
He went to college because it was expected after high   school. The objective in college wasn’t as career-oriented.
“It was okay to be a liberal arts major,” said Bouknight.
Students in the 1970s didn’t have nearly as much free time on their hands, but when they did, according to Bouknight, they did stereotypical ‘70s things like protesting. When tuition was raised at his community college to $1.50 a credit, Bouknight joined in the protest against that measure even though he was about to transfer to University of California, Berkeley.
At Berkeley, tuition was $380 per term and book prices were very low. Bouknight still has his copy of the Riverside Shakespeare, which he bought for $20. The same text is currently selling on Amazon.com for $600 new.
Classes were much different, according to Bouknight.
“Students didn’t drink coffee,” said Bouknight, “and there were more bag lunches.”
Also, the only media in the class was your textbook.
“We never watched a video [in class],” said Bouknight.
College today is “more mercenary,” according to Bouknight. Students want to know they will have a job right after graduation.
“They’re much more concerned with jobs,” said Bouknight. “I don’t blame them.”
Still, Bouknight thinks students enjoy themselves today just about the same.
“I’m convinced that you guys are having just as much fun as we did,” said Bouknight. “I just look at the smiling faces in my class. That’s my evidence.” 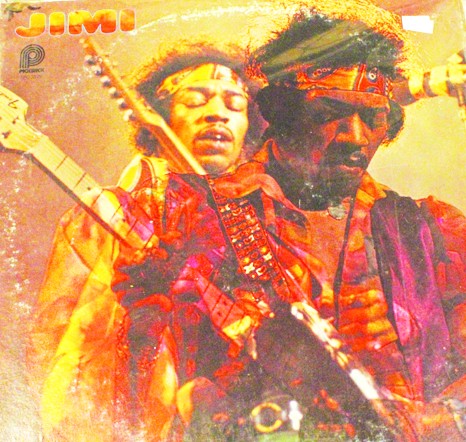 Sex, Drugs and Rock and Roll: Why the late 60’s were the perfect time to be in college
Terry Krueger vouches 1966-1970 was the perfect time in history to be a college student. It was the time of “sex, drugs, and rock and roll.”
The self proclaimed “hippie” recalls when the first Led Zeppelin album was released, when free-thinking and alternative lifestyles were being explored.
Anna Quesenberry
The Broadside
“The experimentation and range of thinking that was allowed at that period allowed me to do things that contemporary students don’t really have much of an opportunity to do,” Krueger said.
At the time the Vietnam War was being protested by college students around the country.
“They were trying to stop the war,” Krueger said, “and frankly we were able to do it.”
Though he wasn’t a straight A student, he maintained his grade point average.
“I had the worry of being drafted,” Krueger said. “That was a very real part of my life. I didn’t believe in the war. I had friends that had been killed in the war and I knew that I could be killed in the war.”
Krueger was an associate editor for his student newspaper and was very politically active.
“We broke some fun stories,” Krueger said. “The head of the ROTC program ended up getting caught in a prostitution sting down in Las Vegas and we broke that story. That was big stuff.”
For Krueger, life was a continual party in college. His fondest memory from the time period is when he met his first serious girlfriend at age 18.
“We were both love children,” Krueger said. “It was a wonderful, free spring, perpetual discovery moment in my life.”
Krueger is able to look back at the dissolution of that relationship with great fondness now.
“The range of emotion, to be able to be that high and that low in a short period of time is something you lose when you get older,” Krueger said. “There’s some sadness in losing the ups and the downs.”
If Krueger could go back to his college days he wouldn’t change a thing.
“I did a lot of really stupid things,” Krueger said, “but all of them contributed to who I am now. I’m 64, I’m happy with what I do and I feel comfortable with who I am.”

After setting the record for lowest GPA in team history at Towson State University, Gordon Price Central Oregon Community College’s Director of Student Life, went back to school and made honor roll for the first time ever at Truckee Meadows Community College.
“I was pretty proud of that,” Price said. “It reinforced that I was capable, that I could do it.”
Price discovered that just going to class “makes a world of difference,” and that paying for college out of pocket had an impact on his drive to learn.
Price received a full-ride football scholarship to TU when he graduated high school in 1987. He played wide receiver for the Tigers as a freshman. With his speed and size, he may have had the opportunity to go beyond college, if he would had been more dedicated to football and his studies.
“Socially I had a great time,” Price said, “but academically I was not successful at all.”
Price eventually suffered a knee injury that kept him out of commission for an entire season.
“It was disappointing,” Price said. “It kind of went downhill from there.”
Though Price did not take much time away from college, he kept in touch with learning by taking a few classes at Montgomery Community College in Rockville, Maryland.
“I always had that thirst for knowledge,” Price said.
He later discovered his career path while studying at TMCC and went on to obtain his Bachelor’s in Interdisciplinary Studies from Western Oregon University.
“It took me years to figure out my responsibilities and my education,” Price said. “You have to be responsible for your education.”
Today, Price encounters a multitude of students at COCC and he can relate to a lot of their experiences.
“Education is important to me,” Price said. “Helping folks work through the same challenges, obstacles and opportunities that I had.”

Director of Native American Program says college was more politically active in her time
Gina Ricketts didn’t go to college to get a job; she wanted to change the world.
Campuses were much more politically active in 1977, according to Gina Ricketts, director of the Native American Program at Central Oregon Community College. When she first enrolled at the University of Oregon, she said there was a “whole different air.”
Colleges in the 1970s were places where change started, according to Ricketts.
“Students really, truly believed they could change the world… There were protest marches, rallies,” said Ricketts. “Kids would walk out of class or argue with teachers.”
There was always something going on at the student center, according to Ricketts, whether they were underground film viewings or underground movements. Defying the establishment was the norm at University of Oregon, said Ricketts.
“Things like defiantly smoking pot in front of the president,” said Ricketts. “Anything to revolt.”
Today, Ricketts believes that students are “so economically worried” that they don’t have the time to be active. Students today have to worry more about money, she said. When Ricketts left University of Oregon, where she was paying $357 a term, she owed $6000.
“I don’t know how you guys do it,” said Ricketts.
Ricketts feels that the reason she works at COCC is because she loves college so much she never wanted to leave. If she had the chance to go back and do it all again, she would.
“I loved college. I loved my classes,” said Ricketts. “I would relive my college years in a heartbeat.”
(Contact: sgreenstone@cocc.edu and aquesenberry@cocc.edu)