It’s 2a.m. Saturday morning, clearly you’re in no shape to drive. You can blame it on the band or buddies you bumped into at the bar, but now it’s time to figure out how you’re going to get home.
Jeff Sims, of Redmond, would advise anyone in this situation to “think twice before getting behind the wheel.”
Anna Quesenberry
The Broadside
In 2011, Sims was convicted twice of driving under the influence within three months.
“I am still dealing with the repercussions now,” said Sims. “I would definitely not do it again.”
In the state of Oregon, you can be charged with driving under the influence even if your blood alcohol level is under the “legal limit,” according to Officer Dustin Woodworth with the Bend Police Department.
The legal limit is merely a guideline by the Department of Motor Vehicles, Woodworth said.
“If we see someone driving poorly, we pull them over and ask them to do a sobriety test,” Woodworth said. “If we determine they are impaired, it doesn’t matter what they blow when they get to the jail.”
Field sobriety tests are what police use to determine if drivers are impaired. Officers are trained to recognize when people are under the influence of alcohol and other intoxicants, according to Woodworth. Bloodshot, watery eyes, hopping or swaying and slurring are all indicators police look for.
The night Sims got arrested for his second DUI, he fell asleep after he had been drinking cocktails with friends. Sims awoke five hours after he had his last drink and since he did not feel “buzzed,” he proceeded to drive home.
“I didn’t feel intoxicated so I thought that I was okay to drive,” Sims said. “They had me do a sobriety test on the road, which I failed, and then they put me in a squad car.”
Sims’ car was impounded. His license was suspended for a year because it was his second offense, Sims said.
Three months before, Sims said he was driving over the Santiam pass when he hit a patch of ice and rolled his car.

The officer on the scene of the accident found an empty bottle of Mike’s Hard Lemonade in the vehicle, which Sims said was left there from returning cans. A blood test showed Sims had alcohol in his system at the time of the accident and it was determined Sims was under a “noticeable degree of impairment.”
“That morning I had mimosas with my mom,” Sims said.
Sims has had to pay around $10,000 in fines and fees involving his DUI convictions. The 12 week outpatient treatment Sims was required to go through, cost $85 a session.
Sims has yet to get his driver’s license reinstated because he has “found it easier to walk to work.”
Before being issued a driver’s license, Sims is required to have an interlock safety device installed in his vehicle, which costs $150 to $200 and includes a $75 monthly rental fee.
Along with the financial ramifications, Sims said his DUIs have affected his ability to find work.
“I have to look for work within walking distance of my home,” Sims said.
Sims’ educational goals have also been affected. He’s currently an online student at The University of Phoenix.
“I like going to school online,” Sims said, “but to be honest I’d rather be in the classroom learning.”
Enrolling in classes at Central Oregon Community College is not an option right now because of his DUIs, Sims said..
Sims was required to go through treatment at BestCare Treatment Services and to attend Alcoholics Anonymous.
Sims’ DUI convictions have caused others to label him as an alcoholic, Sims said, which has made him feel “wronged.”
“It spread like wildfire throughout my entire family and made me the black sheep,” Sims said.
Sims warns anyone who is considering getting behind the wheel after they have been drinking to think about how a DUI could affect them two to three years down the road.

If you’re a minor

Oregon has a zero tolerance policy for minors driving under the influence of alcohol.

“If you’re a minor you can blow 0.01 and still get a DUI,” Woodworth said. “There’s no legal limit for minors. So you’ll get your license suspended for at least 90 days and you’ll get a [Minor in Possession.]”

Biking under the influence

It is illegal to ride a bicycle under the influence, which something Woodworth said “a lot of people aren’t aware of.”

Bicyclists under the influence of intoxicants are at risk of riding into oncoming traffic and causing a serious accident, Woodworth said.

“If you show impairment, you can go to jail for riding your bicycle drunk,” Woodworth said.

Driving under the influence of intoxicants

The law isn’t just limited to alcohol use. It applies to any substance that could impair the ability to operate a motor vehicle, according to Woodworth. In Oregon it is referred to as driving under the influence of intoxicants or DUII.

Medical Marijuana card carriers can be charged with DUII if police prove they are under the influence while driving, Woodworth said. Certain prescription drugs can also impair driving, according to Woodworth. 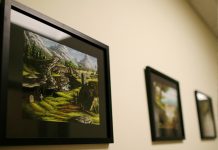 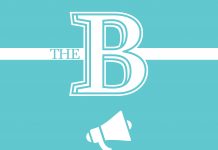 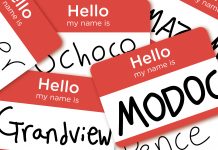 Getting to know your campus: The origins of COCC’s building names