One-of-a-kind experimental composer John Cage composed 4’33 in 1952 for any instrument.

If you conduct an Internet search for it, you can watch it performed by a full orchestra. You’ll see the conductor consult the score, lift his baton and then… nothing (or everything as it were). The musicians do not lift their instruments. Not one note is played for four minutes and 33 seconds.There are three movements.

And the music turns out to be every little rustle, a scrape of a foot, a sniffle and squeak of an auditorium seat. All are aware of the smallest noise. It’s difficult to sit still sometimes–like you are wasting time. But most got what Cage was trying to say. It’s still performed.

Once, a friend and I came out of a loud bar after hearing a band. It was a slightly chilly, fall night and we were reluctant to go home so we walked slowly back to the neighborhood. We stopped to sit on a concrete step, our backs against an old wooden door. My friend set his watch for four minutes and 33 seconds and explained the idea. We were to just sit and listen to whatever sounds came our way.We were not to speak.

First it was just the wind and the rustle of the leaves, how they make that papery sound as they flit across the pavement and come to rest and then start again. Then from far off we could hear a woman’s high heels clicking on the sidewalk in short clipped beats. It was cold and she wanted to hurry home. As she came closer the sound seemed to magnify, swelling as she passed by us and slowly fading away and she continued on her way. As the heels sound ebbed, an ancient bicycle ridden by a hip and hungry college student came around the corner, its wheel crying out for grease. It wasn’t a constant whine though, it occurred only at a certain place in the wheel’s revolution like a wik-WEEEK,wik-WEEEK all down the street. There was music from a cab, an unseen woman’s laugh and the protective-sounding bark of dog.

I didn’t want the time to end.Everything was alive and singing out.

I still enjoy 4’33 performances by the world around me from time to time. When life is busy, I get through just one of the movements. It works anywhere though and it helps to connect with the “here and now.”

Take just half a minute to listen to the music. Stop what you are doing and notice everything around you, hear everything. All the stress of your workload will be there waiting for you as soon as you put down your conductor’s baton. 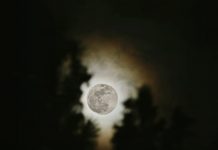 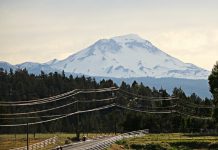 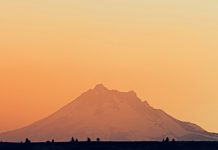