James Middleton, president of COCC, addressed a gathering of about forty employees last Wednesday to discuss enrollment issues, upcoming renovations, and budgetary concerns.
“The strain is real. The momentum is difficult to maintain,” Middleton said. He also said that parking lots and classes would remain crowded in the short term.
Current plans to combat the problems caused by high enrollment include expanding summer classes and adding classes on Fridays and weekends.
“[W]e do have rooms—they’re just [available] at times we don’t have staff here … not everyone’s happy about that,” said Middleton. “It does eat into people’s personal time.”
The College is also preparing to hire more instructors. “We will be looking at our biggest addition of staff in I don’t know how long,” Middleton added. The goal, he said, is “less crowding, more opportunities to open up more classes so we don’t have to turn students away … We have to recognize we have a sacred trust with the voters—we have a responsibility to do all we can to enroll students.”
Tuition rates, for now, will not change, although long-term implications are unclear as the board has not formally discussed the subject.
COCC has also taken on a series of building renovation and construction projects, the first phase of which will start this year and be finished in 2011. Middleton said that these projects would form the most significant facility initiative since the 1960s, and would cost more than $80 million.
One of the projects is the Campus Village, which is to be a retail area based around a new Culinary building at the corner of Shevlin and Mt. Washington. William Smith Properties, the company behind the development of the Old Mill District, is in charge of development. The four-year project will allow visitors to shop and dine on food prepared by culinary students. While it has not been decided what other businesses will go in, William Smith Properties is doing the legwork while the College Board maintains veto power.
Other renovation and construction projects include add-ons to Mazama and Pence, as well as additions to the Redmond Campus that would add aviation, aviation maintenance, graphic arts, and computer graphics programs into the curriculum.
Madras and Prineville will undergo what Middleton called a “transformational change,” either in Phase One or Phase Two, so that each can be a “one stop shop education and economic development facility.”
“Clearly, building projects have high visibility, but that’s not what our success is really about,” Middleton said. “It’s complex, and whatever you do in one arena has echo effects in other areas. The board is trying to keep costs as low as they can.”
Still, one projection suggests the college could produce an average deficit of $660,000 over the next three years.
“We’re in such a better position than most Oregon community colleges,” Middleton said, and added that there are various ways and options for covering that cost.
Middleton said he is looking at the whole development as a “long-fuse” operation, in the sense that the benefits of the coming developments will not necessarily have major effects on the college in the next three years but over the course of the next 20.
Finance has grown more complicated for the college, too. During the meeting Middleton said that, in the past, the school has been funded by the state, that funding made up 13 percent of revenue; tuition, made up 48 percent ; and the property tax, made up 38 percent. Now the college is dealing with grants, foundations, endowments, business operations, operational charges, and the on-going danger of economic leakage. The question, Middleton said, is “How do we become more efficient?.”
“We must have a business model that keeps the ‘engine running,’” Middleton said. “Everyone’s in favor of progress. It’s the change they don’t like.”
Middleton believes this is not a time of easy answers.
“It used to be you could be confident and drop out and you could go to the mill and get a good wage…I think there is a greater recognition that education gives you insurance, if not a guarantee.”
You may contact Alex Crist at pechorin87@yahoo.com 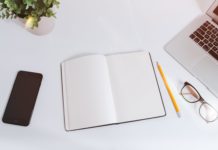 How to stay productive while working and doing school from home 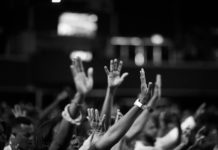 Opinion: How important is your voice? 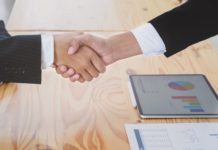