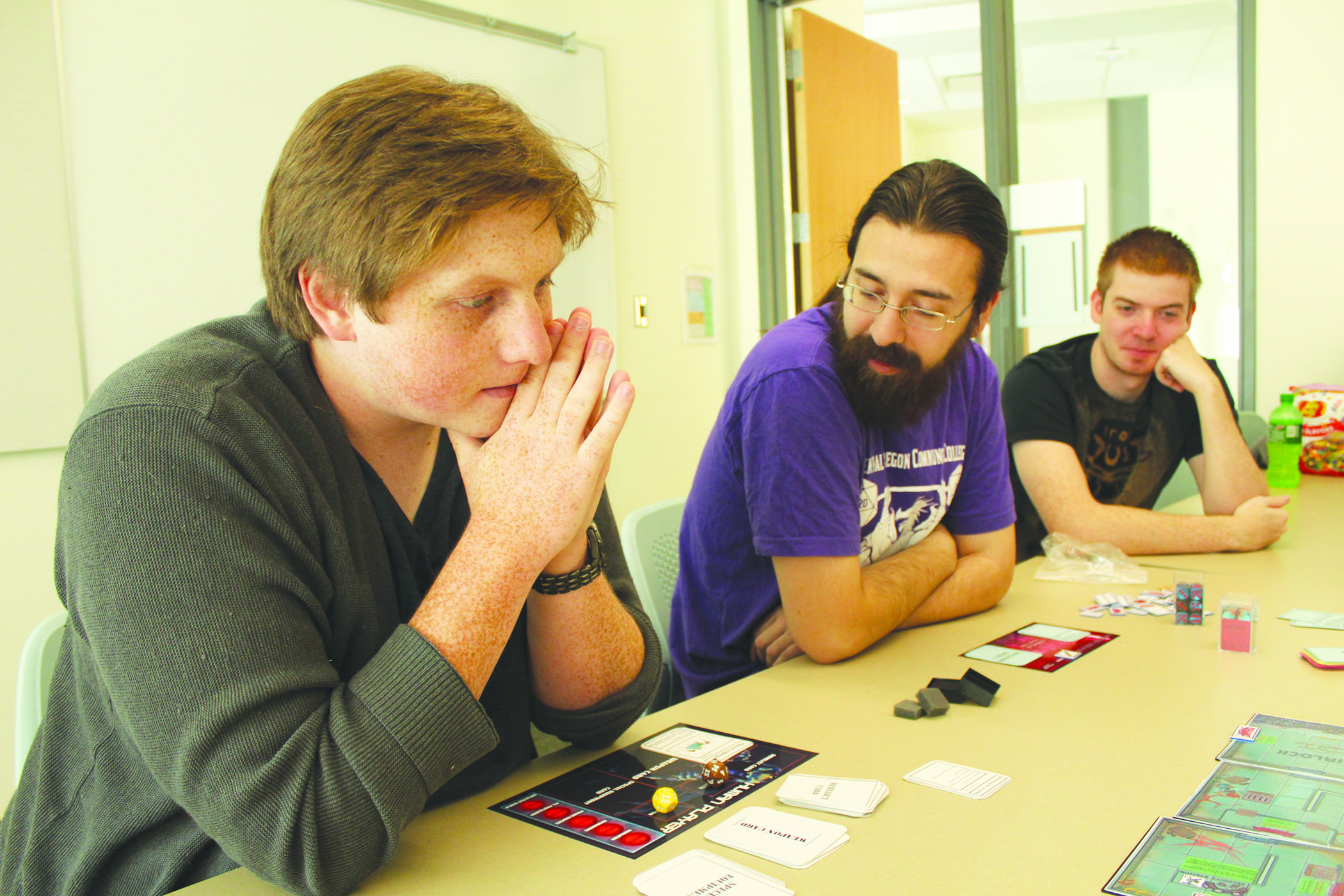 “There’s more to it, more than just gaming,” Raven Cook, vice president of the Gaming Club at Central Oregon Community College, said. It is the friendship that is built on having something in common that makes students stick around, according to Lall.

“Because gaming is such a big part of culture today, it’s a real easy way to have a group of people you have something in common with,” Lall added.

Lall originally joined the club after striking up a conversation with someone who was watching a video regarding a game he was interested in.

“He invited me to the Gaming Club and I stayed because I met a lot of cool people and had a lot of fun,” Lall said.

These cool people quickly become family, according to Cook.

Now in its third year, the Gaming Club has approximately 20 active members. While digital gaming is a focus, about 40 percent of the games they play are tabletop or board games.

The club is not picky about the kind of games either. In fact, Doug Scott, member of the Gaming Club, recently created his own board game called Derelict. He then brought the game in for members of the club to play.

“It’s just the way the Gaming Club is. We welcome anyone who comes in with ‘hey I have this game,’ ‘sure we will play it,’” Cook said.

Meetings are held from 9 a.m. to 9 p.m. on campus. Currently the location varies from week to week, but you can check the location via the COCC Gaming Club facebook page.

This year the club has had issues booking rooms, according to Lall. The club plans on doing more community outreach and hosting more events so that its voice may be heard, according to Cook.

Additionally, club members often meet up outside of official events to watch movies, play League of Legends, or other games, according to Lall. In spring 2015, they held a lake day, so that they had the opportunity to hang out outside of the context of gaming.

“If gaming is something you’re interested in, you will automatically fit in here,” Cook concluded.