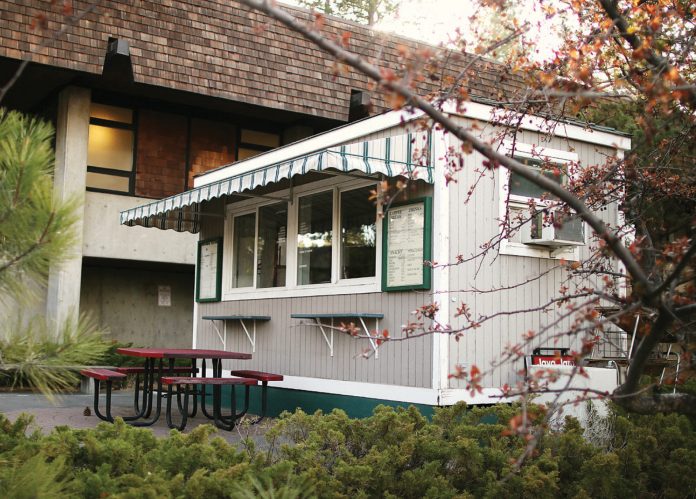 A small structure located in the upper campus next to Jefferson used to be a well-known food and coffee kiosk that is now abandoned. The structure has remained unused for some time. “Most current students don’t even know it was ever there,” Professor Jacob Agatucci said.

In the past, the kiosk served coffee, beverages, and some snacks to students much as the cafe located in the Coats Campus Center now does, but few can remember when or why it closed. In recent years, it’s only use has been during Central Oregon Community College’s ‘Jumpstart’ weeks at the beginning of each term to serve free cups of Dutch Bros coffee to students. 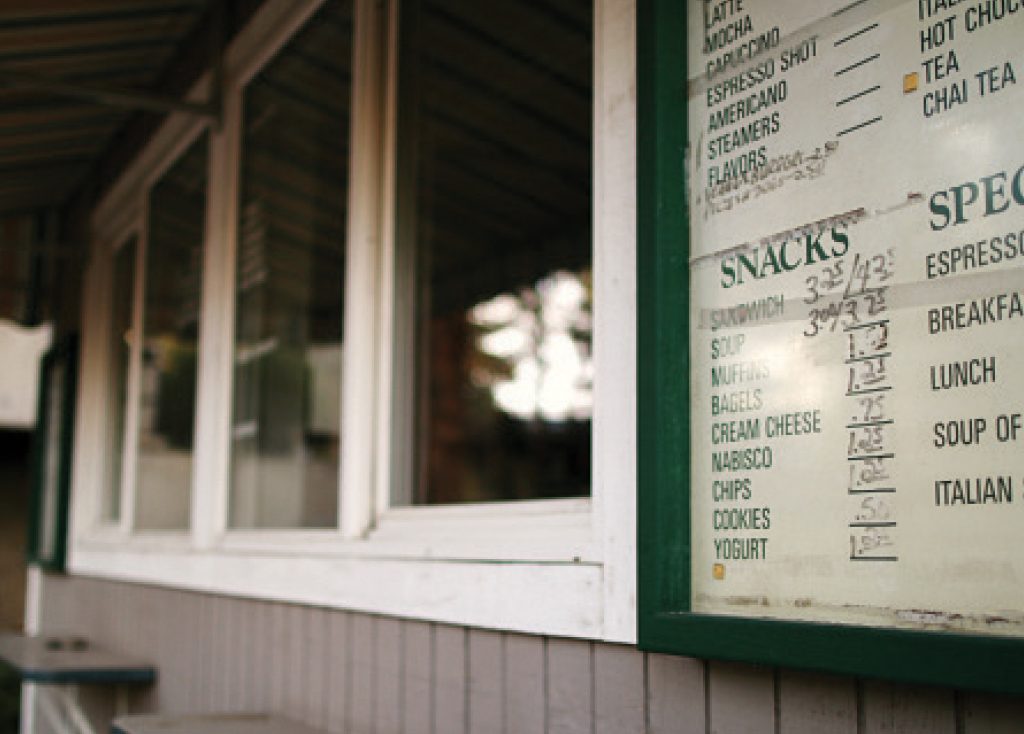 Professor Matthew Novak recalls when it was still operating,“[I] would go about three times a week for a drink and some soup.” Now that it is, closed, he and other faculty based in the upper campus often are not able to spare the time to walk all the way down to the Campus Center to purchase these items. He claims to now only go to the lower campus cafe about three times a term. Novak specifically recalls the prosperity of the facility and how there  used to be a line during meal times when the kiosk was open.

“Faculty have just given up and given in,” Agatucci said about the struggle of being based in the upper campus. Both Novak and Agatucci speculate that it was closed as a matter of centralizing food service to the lower campus.

Melissa Miller, the general manager of food service on campus said that the kiosk had been closed for a year before she assumed the position, so it hasn’t been in operation in four years. Miller says that at the time of its closing, COCC enrollment was down, which made budgets tight. Miller also said that the kiosk simply didn’t yield enough business to remain open during this time.

According to Miller, COCC has looked into reopening the kiosk in the past, but the estimated cost to reopen it totaled around $20,000, which is beyond the college’s capability. In light of this, Miller says that the college has chosen to wait and ensure a thorough and quality reopening, rather than a more cheap and poorly executed return. COCC may reconsider in the future when enrollment is up and the cost of construction is down.

Since assuming her current position, Miller had agreed to mentor groups of students in the past wishing to reopen the facility themselves, but the students ultimately abandoned their efforts. The main reasons that these efforts failed included the inability to pay a sufficient number of employees to operate it and the inability to keep it open during winter term due to it’s exclusively outdoor seating.

Former Director of Student Life and current Student Activities Coordinator Gordon Price has been with COCC since 2004 and remembers the closing of the kiosk. According to him, COCC’s in-house food service provider used to run the booth on their own. When Sodexo began assisting in food service the two operated it together for a year.  After that, the local food provider was disbanded and Sodexo assumed control of COCC’s food service and shut down the kiosk. Price said its closing was a matter of comparing “the money to operate versus the money generated.”

A second year student would “like to find a cup of coffee without a walk.” Specifically noting that to go down, get a drink, and come back up can take around 20 or more minutes. They also offered up an idea for reducing the cost of labor for the kiosk. They theorised that the barista position for the kiosk could be filled as a work study position, motivating a larger number of students to receive pay which wouldn’t count against them on a FAFSA.

As of yet there are no plans to re-open the kiosk, but perhaps there will be progress in the years ahead. ■