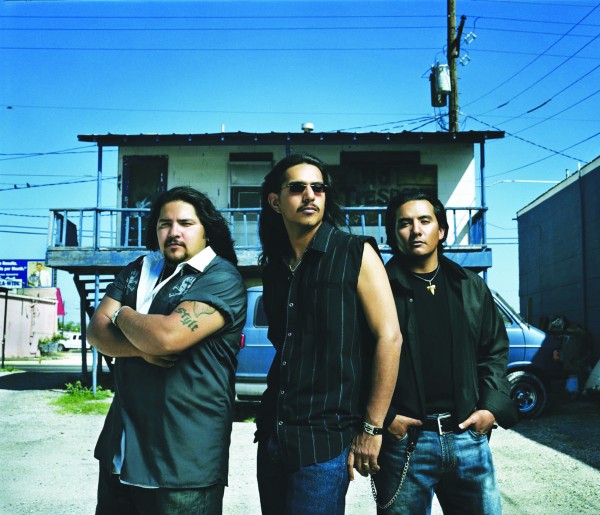 Even a Grammy Award winning
band can have a bad night. Let’s hope
that’s what happened with the Los
Lonely Boys during their performance
on May 7. Their music was as to be expected
but their stage performance was
more than shabby.
When you pay to see a concert
you’re also paying for a great stage performance.
For this concert I would’ve
been better served listening to a CD in
the comfort of my home.
There were moments when I felt
like falling asleep. They had little charisma
and they kind of just stayed in
one spot, not moving. It seemed as if
they almost did not want to be there or
that they wanted to just do their songs
and move onto their next show.
To add insult to injury, their tickets
were around $40 apiece. For that price
to be fair, I’ve seen cheaper shows that
were far more entertaining and concerts
where I couldn’t stay in my seat.
Los Lonely Boys come from San
Angelo, Texas. They are a sibling
trio with Henry Garza on guitar, JoJo
Garza on bass and Ringo Garza Jr. on
drums.
Their music background comes
from rock, blues, Tex- Mex, Cojunto
and Tejano.
Their first debut was recorded in
2003 at Willie Nelson’s Pedernales
Studio in Austin, Texas and Willie Nelson
sat in for their recording.
When 2004 rolled around, the lead
single “Heaven” resulted in high chart
placements and earned the group a
Grammy Award for Best Pop Performance
the following year.
They also recorded a single called
“Solid Ground” for the Family Justice
Center of Erie County that won the
Austin-Based CTK Foundations Heart
and Soul grant for 2009. The FJC provides
services for victims of domestic
violence.
At this performance, however, there
was no WOW factor until they played
the song “Heaven.” In this song, Henry
Garza’s guitar abilities were a marvel
along with JoJo Garza’s bass abilities.
They had the crowd involved, they
played stellar on their instruments and
even got a standing ovation.
And then as soon as it began it was
over, leaving not much music for a
pricey ticket.