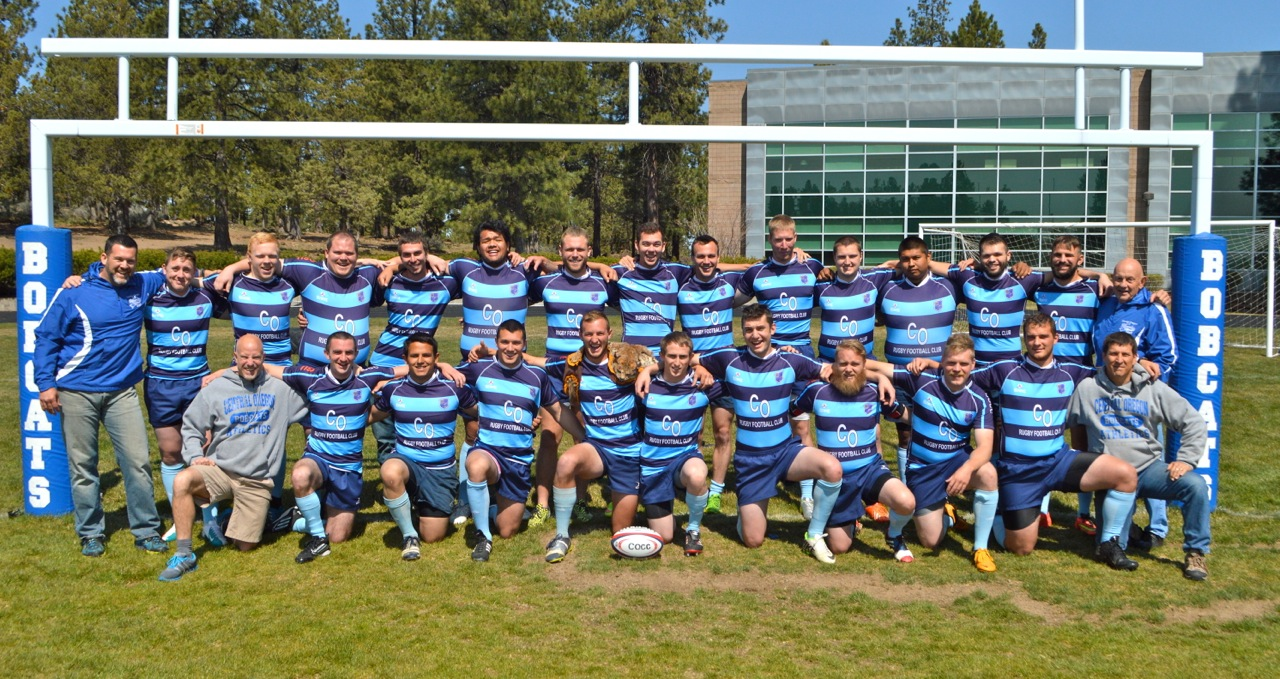 The Bobcats season ends with a 5-8 loss.
On Saturday, April 18th, the Central Oregon
Community College Rugby team played their
last game of the season against the University
of Puget Sound. The game comes after the
team hosted the West Coast Regional Championship
where the team failed to place among
the top team after being undefeated for most
of the season. The game played against UPS
was a championship game for the Northwest
Cup.
“Whoever wins today, has to travel next
week to Spokane Washington for the championship,”
explained Coach Woody Bennett.
If the Bobcats had won the match against
UPS they would had traveled to play for the
cup, sadly, this was not case and playing at the
Mazama field proved to not add home advantage
to the team.
However, COCC rugby has only been in
place for 3 years and in that short time they
have come so far according to Coach Bennett.
“We hosted the west coast regionals a couple
weeks back, three California teams came here.
And today, we’re playing for the Northwest cup,
It amazing. What can you say except to look and
praise how how hard they’ve [the team] worked.
I’m extremely proud of them.” said Bennett
Coach Bennett praises his team in since they
have proven themselves time and time again and
have complied with every requirement asked of
them.
“I can’t tell you how proud I am of these guys,
they’ve done everything the coaching staff has
asked of them,” Bennett said. “They get better every
week. This is our third year with the program
and look how far we’ve come, we can only go up
from here.”
Sadly, as the game wore on the Bobcats lost
their lead after UPS scored bringing their season
to end on a 5-8 loss against UPS. Though the
Bobcats did not manage to get the cup, hopefully
we’ll see them again next season ready to prove
what COCC and the community of Bend is made
off.