Thanks to a professor’s work and his student’s encouragement, KXBC could be on your radio as early as this fall 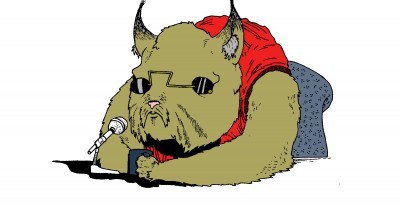 One student — that’s what kept Jon Bouknight working for two years to get the college a radio station.

COCC received the construction permit from the Federal Communications Commission for their own radio station on March 26. The permit will allow the college to have a low power FM radio station operate from the Bend campus. LPFM stations are primarily used for educational reasons, according to Bouknight, a communications professor at COCC. This means that, beginning in fall 2015, the LPFM station — which Bouknight and Cohee are calling Bobcat Radio — will be a media arts class at COCC.

“He almost gave up on it”

Though Bouknight did the work of getting the license, he would have given up long before the final stretch if not for the encouragement of Joe Cohee, a radio enthusiast and communications major who met Bouknight when he took a radio class at COCC.

When Cohee found out that Bouknight was trying to start a radio station, he immediately showed interest. Cohee has loved radio from the age of nine, when he would create his own shows and newscasts on a tape recorder.

“I grew up listening to the Dr. Demento show,” Cohee said. “There’s always a little bit of imagination thrown in there … it’s not like television.”

Thirteen years before Bouknight met Cohee, the professor had applied for an LPFM license for COCC but been denied. But in 2012, the FCC changed the requirements and Bouknight wanted to reapply. It was Cohee’s interest that catalyzed him into action.

“[Bouknight] almost gave up on it,” Cohee said. “He said, ‘Thanks a lot for being interested. It kept me going.’”

Even though the advent of the Internet is rendering many mediums obsolete, Bouknight believes radio transmission is here to stay.

“Radio still remains,” Bouknight said. “The numbers are changing for sure but radio is still an important part of people’s lives.”

“Any organization interested in media should get a purchase within this radio bandwidth,” Bouknight said.

Radio is currently a mix of analog and digital transmission. However, in the future, this could change to mostly digital radio, according to Bouknight.

“As radio changes maybe we can change along with it too,” Bouknight said.

The FCC forced companies to switch from analog to digital on TV stations and not radio stations yet because radio is “much more complex with many more stations to deal with,” according to Bouknight.

“If there are going to be any changes in the evolution itself, I want to be there for that,” Bouknight said.

Bouknight also had a professional reason for applying for the grant.

“I’m a speech teacher, I like to hear students enunciate and like to hear planned oral expositions and speeches,” Bouknight said. “Having a radio station here is an excuse to do more recording and practicing of delivering the human voice over the airwaves, which to me is just a thrilling opportunity.”

But why not internet radio? Starting off gradually with an online presence and testing for response could be a better way to go, but Cohee said that it wouldn’t offer a realistic radio experience.

“I’ve seen how internet radio has been done; it’s really easy and it’s really fun,” Cohee said. “But it’s not the same thing as being in a studio. … We’re trying to create a simulation of what a real radio is like.”

When COCC’s radio station starts, it will need to fill 12 hours a day at minimum. That much programming will take more than just disc jockeys to produce, according to Cohee. Bobcat Radio will need programming managers, technicians for equipment, and lots and lots of student-produced content.

Cohee and Bouknight wanted to start a club to help get the station on its feet and get students involved, but when it came to the club objective, they both felt “COCC Radio Club” was too exclusive. They decided to extend the club to all forms of media — television, Internet, and newspaper — and call it the Media Arts Club.

“I want it to be a synergy between all of the different media and communications classes that we have,” Cohee said.

Cohee never meets other communications majors on campus and feels disconnected from the community. He thinks the Media Arts Club could be the thing to bring them together.

“We have places like the Science Building and the Health Careers Building for those majors,” Cohee said. “They have all this new equipment … but for communications, we don’t have anything.” 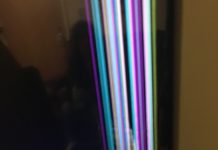 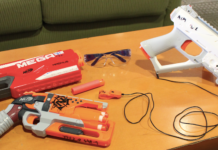 A blast of a time with Live Action Society